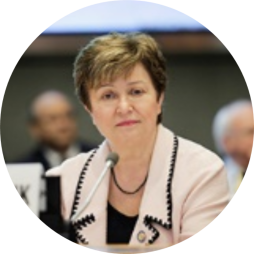 As the CEO for the International Bank for Reconstruction and Development and the International Development Association, the World Bank’s lending arms for middle-income and poor countries, Georgieva will build support across the international community to help mobilize resources and develop more effective solutions for the poor at the scale required. 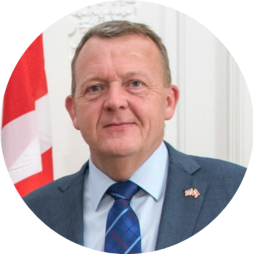 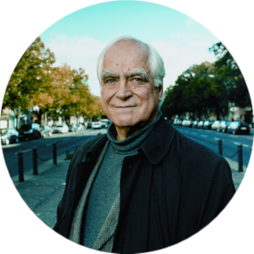 Prof. Dr. Peter Eigen has worked in economic development and governance for several decades and has led initiatives for better global governance and the fight against corruption. ... In 1993 Eigen founded Transparency International (TI), a non-governmental organisation promoting transparency and accountability in international development. From 1993 to 2005 he was Chair of TI and is now Chair of the Advisory Council. 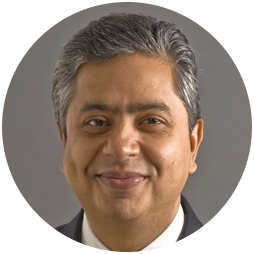 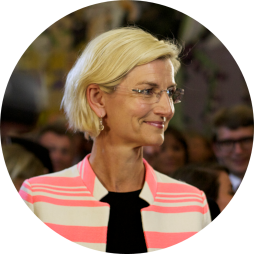 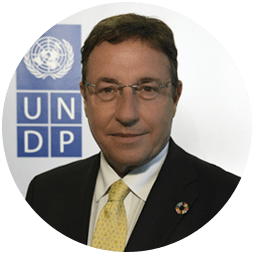 Over nearly three decades, Achim Steiner has been a global leader on sustainable development, climate resilience and international cooperation. He has worked tirelessly to champion sustainability, economic growth and equality for the vulnerable, and has been a vocal advocate for the Sustainable Development Goals. 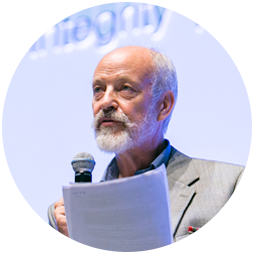 Since co-founding Global Witness and posing as a timber buyer in Global Witness's first investigation into the Thai Khmer Rouge timber trade in 1995, Patrick has taken part in over fifty field investigations in South East Asia, Africa and Europe and in subsequent advocacy activities. 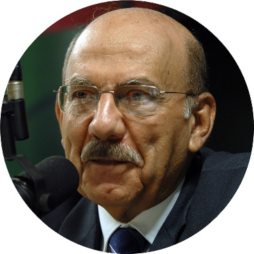 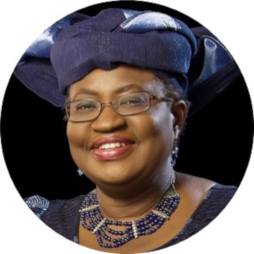 Dr Okonjo-Iweala brings more than 30 years of development and financial expertise to the Gavi Board. She has twice served as Nigeria’s Finance Minister, most recently between 2011 and 2015 – a role that encompassed the expanded portfolio of the Coordinating Minister for the Economy. In 2006 she served as Foreign Affairs Minister. She has also held several key positions at the World Bank, including as Managing Director. 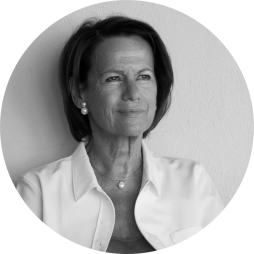 Monique Villa is CEO of the Thomson Reuters Foundation and Founder of TrustLaw and Trust Conference. Since her appointment in 2008, she has transformed the foundation, launching a number of programmes that leverage the expertise of Thomson Reuters to trigger change and empower people across the world. These include TrustLaw, the foundation's global pro bono programme dedicated to spreading the practice of pro bono, and Trust Conference, a fast-growing movement to fight slavery and empower women worldwide. 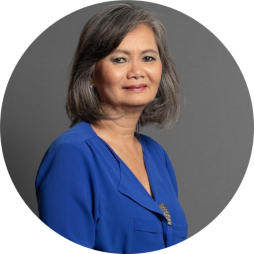 Mu Sochua is an outspoken and respected Cambodian politician who has dedicated her life to fighting for women’s rights and democracy in Southeast Asia. As the daughter of disappeared Sino Khmer parents, Sochua spent most of her young-adult life in exile in the United States. When she returned to Cambodia in 1991, she strove to rebuild her country, first by founding Khemara, an NGO for women’s empowerment, and by joining the FUNCINPEC party. She eventually won a seat in Parliament, where she served as the first Minister of Women and Veterans’ Affairs between 1998 and 2004. 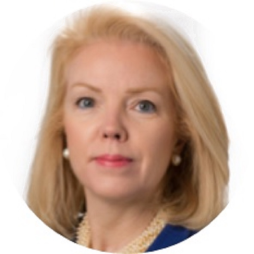 Rose Gill Hearn served as Commissioner of the New York City Department of Investigation (DOI) from 2002 through 2013 and was the longest-serving Commissioner in its 140-year history... Rose’s leadership led to significant increases in DOI’s productivity, including assets recovered for NYC, and a comprehensive corruption-prevention program. In 2013, Rose also helped create the Center for the Advancement of Public Integrity at Columbia Law School, which focuses on accountability in government and municipal jurisdictions throughout the world, and chairs its Advisory Board. 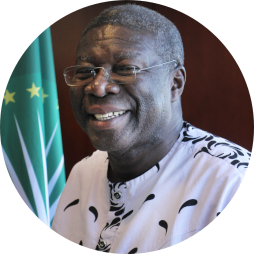 Ambassador Kwesi Quartey, the third Deputy Chairperson of the African Union Commission since March 2017, manages the Commission’s key administrative and financial portfolios to ensure operational efficiency of the Union. His strategic focus is to ensure the operational systems are fully functional and aligned, to enhance the institutional capacity of the Commission, organs, liaison offices and specialized agencies. This is to help build the strong foundation needed to drive and coordinate the vision of the Union – an integrated, prosperous, democratic, peaceful and united Africa at peace with itself and the world. Elected by the African Union Executive Council, and appointed by the Assembly of Heads of State and Government of the 55 member states in January 2017, the Deputy Chairperson’s core mandate also includes standing in for the Chairperson in his absence. 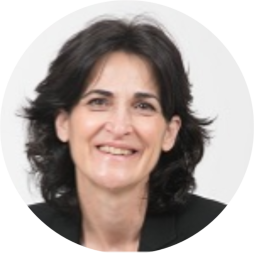 Patricia became Managing Director of the International Secretariat of Transparency International in October 2017. Before joining Transparency International, she spent 13 years working at Ayuda en Acción, a Spanish aid organisation, where she was chief executive office from 2009. The focus at Ayuda en Accion was to promote social impact and innovation in a global environment. Patricia lead a team of 100 people at the headquarters with a further 300 in the field in 20 countries. Prior to that, Patricia worked as an international management consultant for 10 years specialising in technology, innovation and impact. She holds an MBA from INSEAD, France and a BA in Economics from the University of California, Los Angeles, and has done PhD research in Social Entrepreneurship at ICADE University in Madrid. 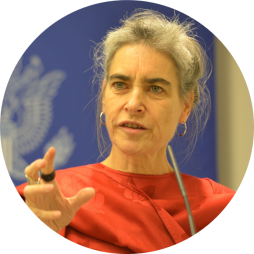 Sarah Chayes, previously a senior fellow in Carnegie’s Democracy, Conflict, and Governance program, is the author of Thieves of State: Why Corruption Threatens Global Security. She is internationally recognized for her innovative thinking on corruption and its implications. Her work explores how severe corruption can help prompt such crises as terrorism, revolutions and their violent aftermaths, and environmental degradation. 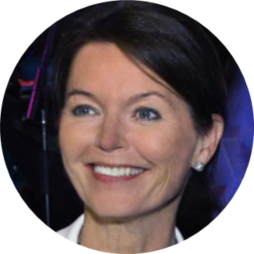 Lise Kingo is the CEO and Executive Director of the United Nations Global Compact, which is the world’s largest corporate sustainability initiative with more than 13,500 signatories from 170 countries that have committed to aligning strategies and operations with universal principles on human rights, labour, environment and anti-corruption, and taking actions that advance societal goals.
Prior to joining the UN Global Compact in 2015, Ms. Kingo was Chief of Staff, Executive Vice-President and member of the Executive Management team at Novo Nordisk A/S.

Ms. Kingo holds multiple degrees including a MSc in Responsibility and Business Practice from the University of Bath, United Kingdom and a B.Com. in Marketing Economics from the Copenhagen Business School. 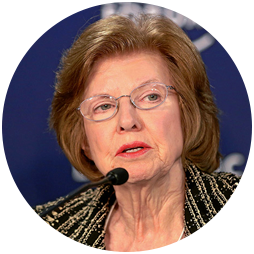 The Integrity Vice Presidency (INT) contributes to the World Bank’s core mission of promoting development and reducing poverty by ensuring that funds are used for their intended purposes. As the head of INT, Ms. Dubois manages investigations in connection with allegations of fraud and corruption in World Bank Group-financed projects, as well as allegations of significant fraud or corruption involving World Bank Group staff. INT also supports the operational units of the World Bank Group by mitigating fraud and corruption risks through sharing investigative findings, advising on prevention measures and outreach. Finally, INT’s Integrity Compliance Office helps ensure that sanctioned firms engage in clean business in the future. 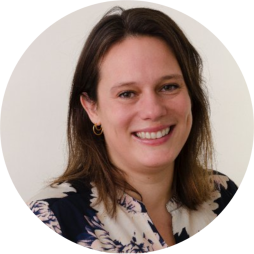 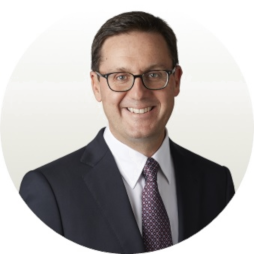 Prior to BHP, Geoff was a partner at Herbert Smith Freehills (HSF) for 17 years, with a broad practice across its network of Australian and international offices. His work at HSF spanned corporate and regulatory advisory work, risk management, investigations and disputes.

Geoff plays a prominent role in the international external affairs community, appearing regularly at conferences to speak on topics such as social licence to operate, transparency and human rights. He is also a director of the Grattan Institute, a leading Australian public policy think tank. 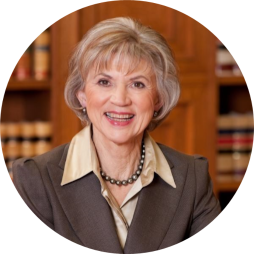 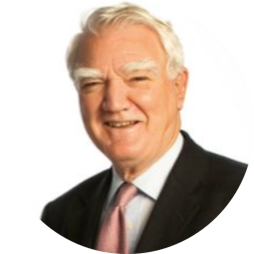 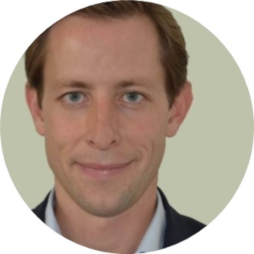 Thomas Hughes joined ARTICLE 19 as Executive Director in October 2013. He is the founder and former Director of the social purpose enterprises, Diversity (an international advertising network for online news media from human rights repressed countries) and VirtualRoad.org (a secure hosting service that protects the websites of civil society organisations). 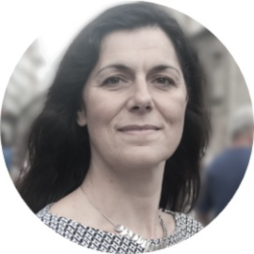 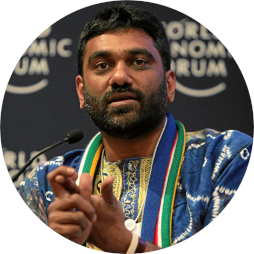 Kumi is the former Executive Director for Greenpeace International, a founding ambassador to the Campaign for a Just Energy Future, and a patron of Future SA which both advocate for an end to corruption in South Africa. 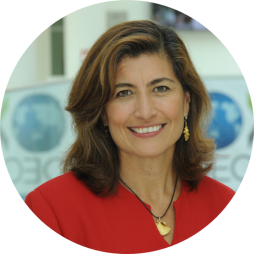 Chief of Staff and Sherpa to the G20, Organisation for Economic Co-operation and Development @18th IACC

Gabriela Ramos is the OECD Chief of Staff and Sherpa to the G20. Besides supporting the Strategic Agenda of the Secretary General, she is responsible for the contributions of the Organisation to the global agenda, including the G20 and the G7. She leads the Inclusive Growth Initiative and the New Approaches to Economic Challenges and also oversees the work on Education, Employment and Social Affairs (including gender).

Previously, she served as Head of the OECD Office in Mexico and Latin America, co-ordinating several reports on Mexico to advance the health and education reform. She developed the OECD’s Mexico Forum and edited and launched the “Getting it Right” flagship publication series.

Prior to joining the OECD, Ms Ramos held several positions in the Mexican Government, including Director of Economic Affairs (and OECD issues) in the Ministry of Foreign Affairs and Technical Secretary at the Office of the Minister for the Budget. She has also held several positions as Professor of International Economy at the Universidad Iberoamericana and at the Instituto Tecnológico Autónomo de México. Ms Ramos holds an MA in Public Policy from Harvard University, and was a Fulbright and Ford MacArthur fellow. She was decorated with the Ordre du Merit by the President of France, François Hollande, in 2013. 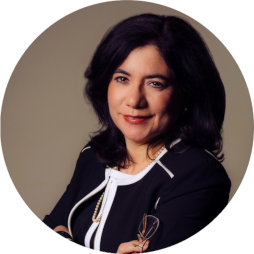 Doctor Claudia Escobar is a former magistrate of the Court of Appeals of Guatemala. Reelected in 2014 to a second term, she resigned due to executive and legislative interference in the judiciary and relocated to the United States owing to intimidation back home... She is also a respected legal scholar, who has taught at Guatemalan universities. In addition, she is founder of the Judiciary Institute and the Association for the Development of Democratic Institutionality and Comprehensive Development for Central America - Asociación FIDDI-, two organizations dedicated to promoting the rule of law in Guatemala. 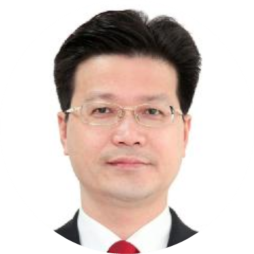 CHEN Guomeng, male, doctor’s degree of law.
CHEN is currently Director General (Vice-Ministerial level) of the Department of Case Review, member of the 19th Central Commission for Discipline Inspection of the CPC.

2015.06-2016.01
Deputy Secretary of the Fujian Provincial Politics and Law Committee

2017.09-2018.05
Director General (Vice-Ministerial level) of the Department of Case Review, the Central Commission for Discipline Inspection of the CPC

2018.05---
Director General (Vice-Ministerial level) of the Department of Case Review, the Central Commission for Discipline Inspection of the CPC & the National Commission of Supervision of the PRC 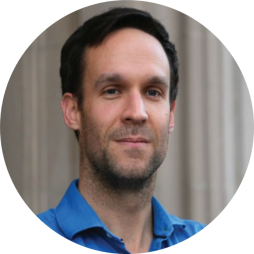 Will Fitzgibbon is a reporter for ICIJ. In 2014, Will was ICIJ’s first Investigative Journalism Fellow. He was a reporter on ICIJ's Swiss Leaks project and heads ICIJ's Africa Desk, coordinating and expanding ICIJ's collaboration with journalists across Africa. Before coming to Washington, he worked at The Bureau of Investigative Journalism (TBIJ) in London where his work on politics, the finance industry, and housing appeared in The Guardian and The Observer. He studied at the London School of Economics, Sciences-Po Paris and The Australian National University. 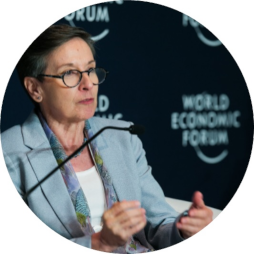 Chair of the Board, Transparency International @18th IACC

The former president of Transparency International’s chapter in Argentina, Poder Ciudadano, Delia Matilde Ferreira Rubio has served as chief advisor for several representatives and senators at the Argentine National Congress and has advised the Constitutional Committee of both the House of Representatives and the Senate, and the National Accounting Office.