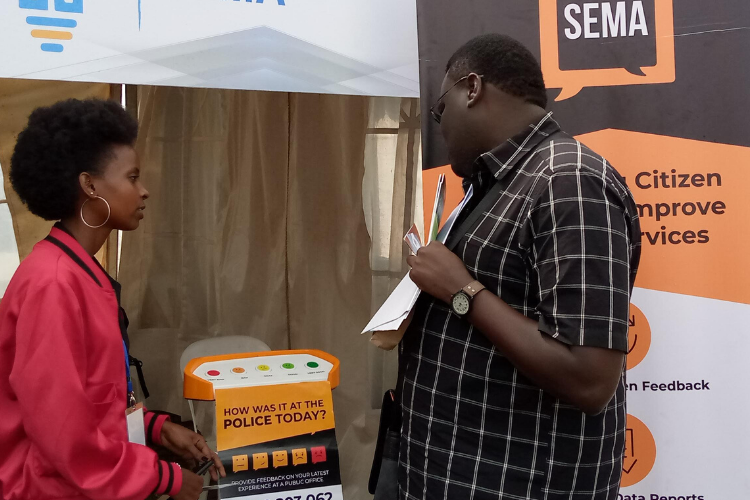 Collecting data isn’t enough; it has to be presented to the right decision-makers. Here a SEMA team member presents the SEMA system in Kampala, Uganda.

How do we make sure we are not wasting our time?

Connor Sattely is the co-founder and CTO at SEMA: Client Feedback System For Public Services, an Uganda-based citizen feedback system that improves accountability of public services. SEMA is part of the IACC Social Entrepreneurs Initiative that seeks to empower young activists from across the world who are looking to tackle social problems, boost accountability and integrity and fight corruption on the local and global level. At the 18th IACC in Copenhagen, Denmark, SEMA was awarded one of the IACC SocEnt grants to support its work and social impact.

As COVID forced millions of people around the world to settle into couch-based work life, it is tempting to look at the increased use of remote technology as a hopeful sign for governments’ slow trudge forward in accepting new technologies. Perhaps – we like to imagine – we will settle our disputes in e-courts, e-government services will replace long lines in offices and bribes at front desks, and streams of feedback will flow from the smartphones of citizens to the desks of decision-makers.

Social entrepreneurship is often seen as a promising area for civic tech – innovative and technology-driven solutions coming from civil society to tackle issues like lack of transparency and trust.With the upcoming International Anti-Corruption Conference (IACC) welcoming social entrepreneurs for another year, it can be helpful to inject some entrepreneurial realism into the development of the next generation of accountability technology.

In “Getting Ahead of the Curve,” Transparency International notes that a possible positive direction of change during COVID-19 is an increase in “opportunities for technology-driven collective action and participatory decision making.”

At the same time, technology has a clearly mixed track record of results in creating more civic space. The valuable learning distilled in 2017’s “Messages from Making All Voices Count” is too extensive to sufficiently summarize. However, HIVOS, IDS, and Ushahidi use this opportunity to point out the real limitations of technology for collecting public voices based on the experiences of many civic tech ventures across the global south. At SEMA we use this as required reading for our team and are happy to point out some of the points we took as most crucial here, while also referring to other successful social enterprises, such as CrimeSync in Sierra Leone and For the Children’s Sake in South Africa.

Many people in developing contexts are still offline. At SEMA, the core of our citizen feedback system is a face-to-face conversation, which still generates the highest quality data of any medium. With COVID-19 changing this reality, low-tech at-distance technologies should be strongly considered in place of apps or more trendy technology. Technologies like USSD, IVR, and SMS can be used on feature phones – useful for a population such as Uganda, where 16 million feature phones are registered on cell networks, as opposed to less than 7 million smartphones.

Know where your social enterprise will have the most impact.

Tech can help where the problem is a lack of planning data or user feedback – as Making all Voices Counts notes. However, in many situations, this data already exists; it is just not understood, structured, or utilized. So where is your new tech’s added value? In Sierra Leone, the key barrier to developing a more responsible justice system was integrating the databases of the courts, police, and prisons. Knowing this from the beginning helped social enterprise CrimeSync to design and implement a system correctly to fill this gap.

The community has a big role to play – and a lot of value to add.

Leveraging community voices and abilities is a key hallmark of many successful modern social enterprises, especially in low-income areas.  In South Africa, a project called For the Children’s Sake leverages community paralegals to provide pro-bono mediation in family courts. In Uganda, SEMA’s engine of data comes directly from community conversations – young people trained in data collection having individual conversations with the users of public services.

None of it matters without involving the right people.

Making All Voices Count notes that transparency, information, or open data are not sufficient to generate accountability. The data must be actionable, accessible, and usable for those who make changes. Feedback-centred projects that succeeded acted as intermediary “agents” presenting the data to the decision-makers who could actually affect changes.

CrimeSync, SEMA, and For the Children’s Sake, each took an approach of finding the right high-level decision-maker for product design, data to action strategies, and early scaling opportunities. For CrimeSync – local officers that helped design the system from the ground up. For SEMA – contacts within the Ugandan Justice Law and Order Sector that helped with permission for first pilots, and encouraged action based on SEMA’s data. For the Children’s Sake – a supporter of innovation within the Ministry of Justice that noticed a successful first pilot, and opened upscaling opportunities to more family courts.

The next generation of social entrepreneurs is coming up with their ideas right now.

By learning from the lessons – both positive and negative – gained from social entrepreneurs around the world, the next generation of tech developed for a post-COVID world can be more targeted, more integrated, and create more accountability. 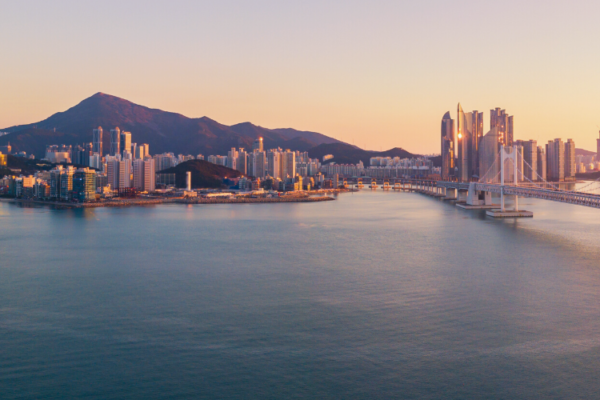 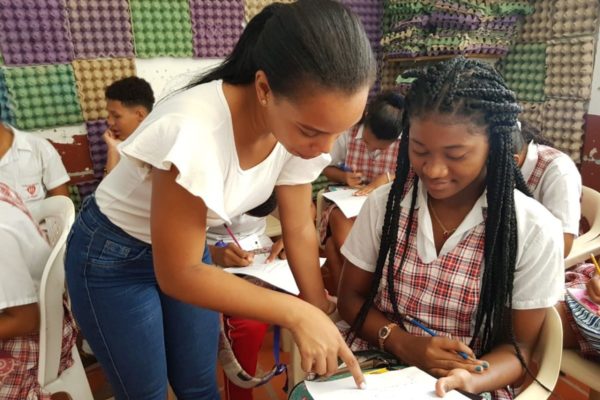