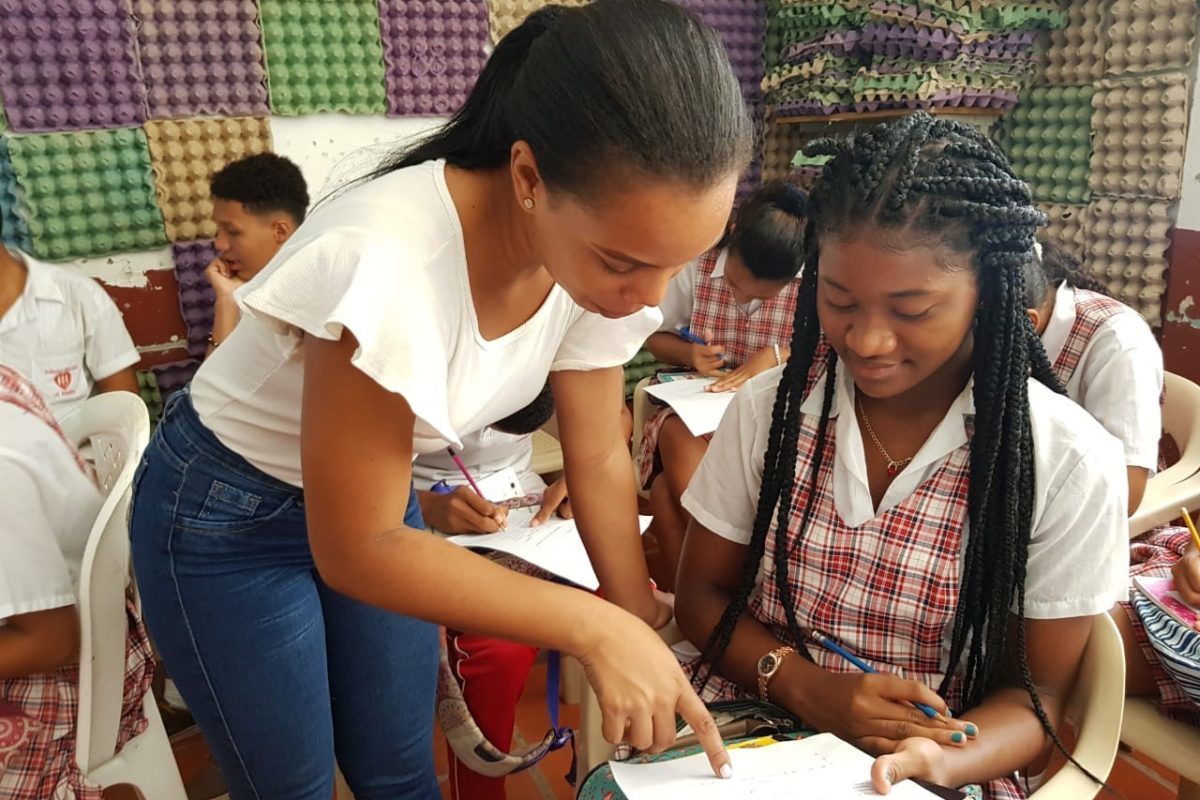 Margarita Mendez is the co-founder of Fundacion Koikos: Anyone can fight corruption, a Bogota-based foundation whose mission is to raise citizens’ awareness about their rights to hold public officials accountable and empower the public with tools such as the right to petition to fight corruption and demand public accountability and transparency.

Fundacion Koikos is part of the IACC Social Entrepreneurs Initiative that seeks to empower young activists from across the world who are looking to tackle social problems, boost accountability and integrity and fight corruption on the local and global level. At the 18th IACC in Copenhagen, Denmark, Fundacion Koikos was awarded one of the IACC SocEnt grants to support its work and social impact. 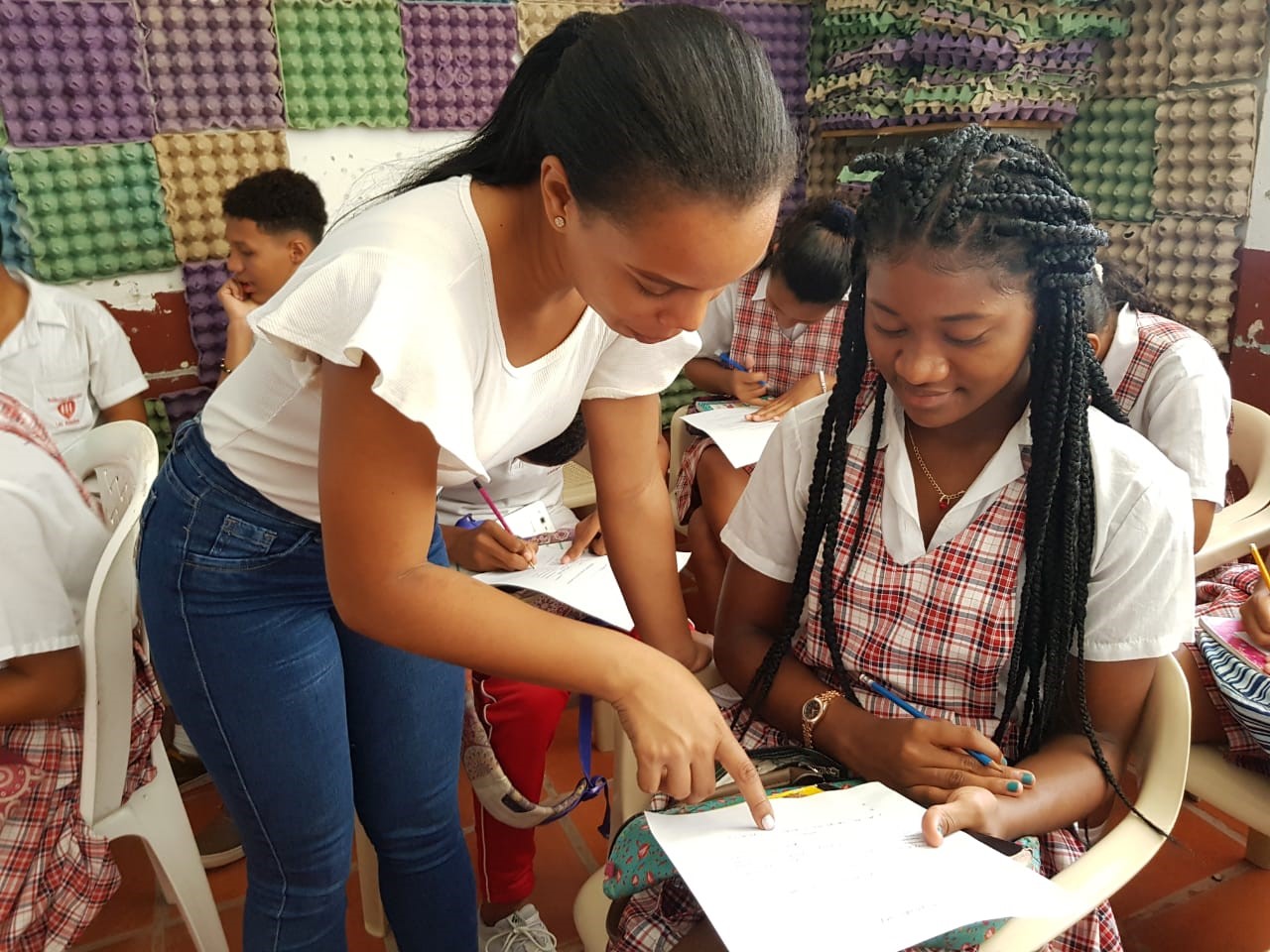 As part of the workshops conducted in Fundacion Koikos, a graduate lawyer is responding questions from students who are writing their first petition in Cartagena, Colombia.

Democracy originates from the Greek words for people and power. Modern understanding is often limited to voting politicians into power to make decisions for the citizens. This system gives too much power to politicians and does not empower the common citizen. People may only vote once per year and they do not have any guarantees that the person they vote for will do what they promise. However, most people in Colombia insist that the problems of the country are due to people not understanding the need for them to vote, and to vote well.

Schools and the media promote the idea that voting is the most powerful mechanism that citizens have to bring about change. Politicians are very interested in encouraging people to vote because it gives them legitimacy. Even when they do not represent the citizens well, they justify their power as they are elected officials.

Around the world, there are instances where all the political candidates are against issues such as legalising same-sex marriage or abortion. In such cases, it is impossible for some to vote for the change they want to see. Groups need to present legal challenges to achieve this change as the politicians are not able, or interested, in bringing about this change. This shows that frequently, voting is unable to give people enough opportunities to participate or represent their interests.

In Fundacion Koikos we believe that people need to learn other ways to participate in political processes and be given more opportunities to take action to actively shape the societies they live in. At Fundacion Koikos, we teach citizens to use the right to petition to fight corruption effectively. The petition is a mechanism of participation that most people do not know and are not aware of, despite it being more effective than voting to denounce corruption and increase transparency.

In Colombia, foreigners, people under 18 years old, members of the army and prisoners cannot vote. However, the right to petition is a human right, so anyone can use it.

There are over one million Venezuelan migrants in Colombia. They cannot vote, but we have been able to support them to request the provision of healthcare, food and education from the state using the right to petition. We have also been able to give a voice to young people using petitions. In a previous blog, we have told the story of a 15-year-old student, who secured the provision of free, government-provided meals for his classmates who were not receiving them despite being entitled to them. Children and foreign nationals cannot vote, but they can still demand transparency and accountability from public institutions.

While voting allows citizens to choose political candidates to represent them, the petition allows voters to monitor and review the work of public employees. When explaining the right to petition, we say, “In a company, if an investor requests information about the company, the management must provide it, and is accountable to the shareholders. In the same way, everyone is an investor of the state, therefore, every person has the right to make requests and public authorities must be accountable to them.”

We have submitted requests to public schools to share their financial accounts with their community. When we started with this initiative most people were unaware they had the right to check how the money was being spent in these public institutions. Schools teach students they should vote for the president, but they do not teach them that they are able to revise and challenge the spending of the school. People need to know that their civic duties involve more than solely voting.

It is unrealistic to think that voting for a candidate means you agree with them about every issue. However, the right of petition gives a platform to citizens’ voices that must be listened to. If a person presents a petition and it is not responded to on time, or not resolved adequately, then those responsible will receive sanctions. When the petition has not been responded to, it can be forwarded to the courts, there is a specific email for this process. A judge will be assigned and will give an opportunity for a response to be provided within 48 hours. In addition, the judge will inform the relevant authority to fine the employee or organization who had the obligation to respond. If a politician makes pledges during their campaign and does not do what they promised, there are no sanctions or consequences.

We supported the petition of a 15-year-old student who was concerned about crime around her school. She requested the police to be present for one hour in the morning and one hour in the afternoon when students arrive and leave school. When she presented the petition to the local police station, the police ignored her. However, Fundacion Koikos sent a petition to the office of the Chief of police in Bogota, reminding the local police of their obligation to respond to petitions, or face sanctions.  The reminder made the police follow the student’s request and they have been present in the school’s vicinity at the start and end of each school day.

In Fundacion Koikos we believe that the best strategy to achieve a future with less corruption and more transparency is by empowering citizens with tools like the right to petition, showing them that they have the power to achieve lasting change. 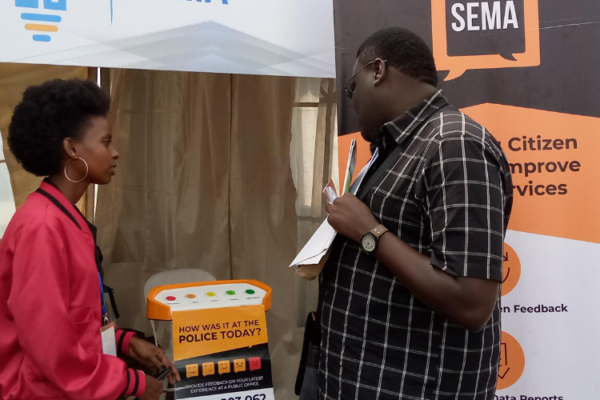 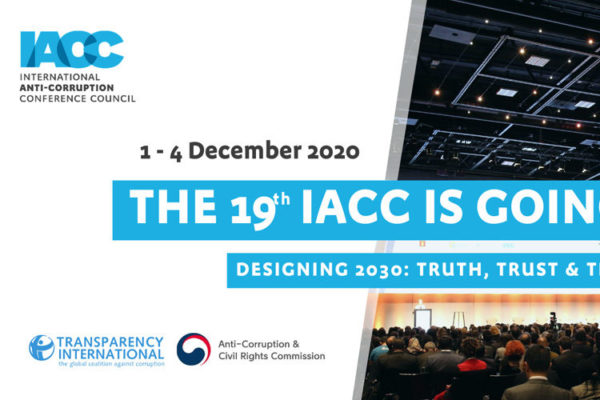