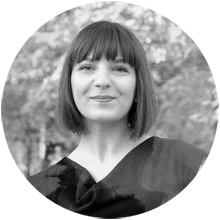 Bani pierduti is a project aiming at engaging informed civil society (taxpayers) in the decision making process related to the priorities in public spending. We do this through an online platform which offers a comprehensive image of the manner in which public funds are spent and information and tools for participating to the national and local budgetary decision-making process.

What do we do?

The three pillars of the platform respond to the following problems:

Problem #1: Fiscal policies represent a “mystery” for the majority of citizens Consequences: Lack of information and understanding of the process; scarce public oversight of public funds administration; public spending is associated with corruption and distrust

How we respond: Educate citizens on the topic

How we respond: Facilitate direct participation

Problem #3: Lack of vision from governments on investment/ development priorities Consequences: Short-term planning leading to limited predictability and accountability; bad administration, mismanagement, or corruption in public spending; incoherence between the fiscal policy and other public policies

Using an existing platform “Bani pierduti?” (missing/lost money?), available at www.banipierduti.ro, to develop an innovative tool for increasing participation and transparency in public spending through:

1. Simulator for legislative impact
To develop an easy to use online ballot for new legislation explaining the financial impact of a certain bill (pros and cons) and allowing citizens to vote for a certain outcome. The input, together with the relevant proposed amendments should be sent on a rolling-basis to the decision-makers.

2. Simulator for the central budget
Allow users to vote on concrete and tangible outcomes, which are aligned with decisions implied by the budget. Citizens have to produce a balanced budget, so are forced to trade-off priorities against one-another. The voting system is very simple and allows the user to understand the impacts of their given choice in context. After each round of consultation, reports will be sent to policymakers. 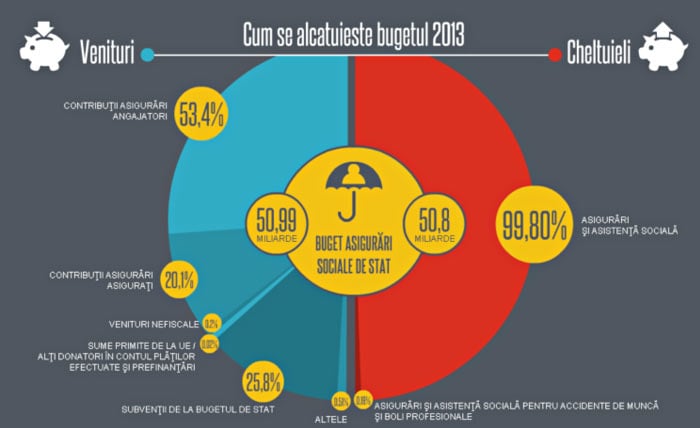 Infographic with the budget, allowing users to have an overview on the current situation before participating to the budget simulator.

We would like to take these features one step further, and transform them into Facebook and Twitter applications as well. Since we already have the support of a growing community of IT developers, the mini-grant offered by the IACC seems the perfect resource to boost the effectiveness of this type of eParticipatory Budgeting tools.

So far, our greatest challenges related to implementing this project have been:

The biggest challenge from the very beginning of the project was to deal with the lack of predictability in the budgetary policy. Unfortunately, even though the public finance legislation provisions a clear calendar and the necessary steps for adopting the budget (as well as its rectifications), the Romanian executive was not able to follow it. The delays, sometimes longer than 3 months, lead to a challenge related to updating the data. Since the project is mainly focused on “translating” the complicated budget figures and allowing citizens to have an input in the main budgetary options, this challenge could have affected the core activities. However, we have tried to mitigate the lack of concrete data by developing supple databases and tools (the necessary infrastructure to ensure a rapid response when the data is finally published). Also, we have focused on other advocacy actions to promote more predictability and easier access to data (i.e. multi-annual budgeting and open data).

So far, our biggest successes are definitely:

The advocacy campaign for introducing budgetary accountability & transparency mechanism in the Romanian Constitution. The main topic on the Romanian public agenda this year is the revision of the Constitution. In this context, we have developed four proposals for ensuring a more transparent and accountable public finance policy. In the first step, we have promoted our proposals together with a coalition of other NGOs. Three of our proposals passed through the first filter of the revision process (a Constitutional Forum which gathered proposals from the civil society and academia). Then, when the specialized Parliamentary Commission started its work, we have used our website, social media, as well as traditional advocacy tools (face to face meetings, participation to the Commission meetings) to promote the proposals directly to the MPs. As a result, the most important proposal we have made (multi-annual budgeting) passed and is currently part of the draft Constitution.

If I had one tip for someone implementing the same project after me, it would be:

Be as flexible as possible in order to cope with the complicated budgetary policy. Of course that when it comes to public money, the political context will make it even harder to make the data available in a format that encourages participation and valuable input. But by testing various tools and mixing offline and online approaches, you’ll have the opportunity to have a valuable input.

Here is an example of how we engage people offline, it is a short debate on the state budget.

If you manage to bring actual transparency and participation in at least 1% of the public money, this means millions of euros spent in a more accountable manner.

The next big milestone is the actual testing of the application. The Government is currently working on a budget rectification and we have chosen this moment to test our eParticipatory budgeting tool. Even though the budget proposal is not yet public, the infrastructure of the app is ready and expects the data to go live.

I started working as an anticorruption activist when I was 22. Corruption in Romania, as in other SEE countries is so widespread that it is not hard to find a reason to engage in the fight against it. And it sure is easier for a fresh Political Science graduate to observe that fighting corruption means addressing the actual root of the causes that lead Romanian development to low levels, even after years of democracy. After a period spent in Transparency International’s Romanian chapter I found myself well-equipped to think of different manners to engage in solving this social issue, complimentary to the classic anticorruption tools.

With this thought in mind, I developed a project aiming to increase transparency in public spending by using new technologies and new media channels and registered it in the Restart Romania 2011 competition, initiated by Techsoup Romania with the support of the US Embassy to Bucharest. 144 projects were registered in the competition, went under a community scrutiny and were evaluated by a jury formed by representatives of the diplomatic community, business sector and IT industry. 10 finalist projects were transformed with the help of programmers and communication specialists into more concrete platforms which were presented within the Restart Romania Gala. Bani pierduti (Lost money) was voted within the Gala as one of the five winners of a 5000 USD funding.

This experience was a strong signal that the mix between contributions from specialists in different areas, the continuous engagement and feedback from various stakeholders, and new technologies might provide a different approach to address transparency, especially in sensitive areas such as public spending.

This became the main working method for a NGO (Funky Citizens) that I founded together with other young enthusiasts. This experiment aims to offer an associative structure to gather grassroots projects developed by (generally young) funky citizens (those who want to know and live their rights). In our endeavours we are currently approaching the lack of information and awareness on major issues which affect the good governance in Romania. We mainly focus on grassroots projects, using volunteers or young professionals from different domains, whilst using the growing power of social media and Internet as an important tool for promoting social change.