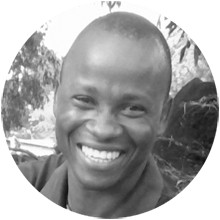 An SMS Reporting System for Schools

Schools in Liberia suffer from a host of problems ranging from sex for grades to bribery to teacher absenteeism. The conditions are almost universally sub-standard and in most cases, appalling. The country now ranks 182nd out of 187 countries on the UN Human Development Index. Recently, every single student that took the entrance exam for the University of Liberia failed. We spoke to students all over the country and discovered that the key problem is that they do not have a trusted, confidential system through which they can report problems. There is a culture of silence that prevails because students are too scared to speak out about the problems they face and do not believe that their voices will lead to any action even if they are heard. This is where ‘Tell-it-True’ began.

“students…do not have a trusted, confidential system through which they can report problems”

I have developed a confidential, anonymous SMS suggestions box throughout academic campuses in Monrovia, the capital of Liberia. It’s called “Tell-it-True,” which means “tell the truth” in Liberian English. When they face a problem, users can send a text message to the number and an operator calls back within 24 hours to gather details on the issue and to provide help or solutions.

We have now also developed TELL teams: groups of 10 students on campuses who lead outreach and communication on the project. These students receive accountability and citizenship training from the Accountability Lab and will soon begin to receive ICT and social media training from iLab Liberia who will partner with us for this project. The TELL teams have become an integral part of providing low-tech engagement with the relevant communities on campus. Information coming through the TELL system is then discussed on a periodic basis within the academic administration, in the TELL teams, in student government or in Parent Teacher Associations. These groups collectively agree on relevant steps to be taken. A meeting is held with the larger student body to share the findings from the process, explain the actions that will be taken, and encourage further use of the system. This leads to a self-reinforcing loop of deterrence, reporting, discussion and action.

“Students are beginning to use the system regularly and the data collected is being used to make real decisions with concrete impact – changing schedules, fixing problems and dealing with issues of corruption head-on.”

The TELL system is now working in three high school campuses in Monrovia. It covers the largest schools in the city and around 3,500 students and almost 200 teachers. In an exciting recent development, the government has just agreed for this system to be rolled out across public schools in the capital if the necessary support can be found to build it out. Students are beginning to use the system regularly and the data collected is being used to make real decisions with concrete impact – changing schedules, fixing problems and dealing with issues of corruption head-on.

I am trying to change the culture of corruption and impunity in Liberian schools. This project is unique because it meets a critical need in a way that is not yet being tried; it builds on a process of listening to students to ensure accurate design and it uses low-tech solutions to which everyone has access. Importantly, it is sustainable: costs are low (SMS costs are covered by cell-phone companies and the student TELL teams themselves do much of the outreach) and it now has government buy-in which will ensure scaling across schools over time.

Corruption is a very personal issue for me. Corruption ripped apart my country and destroyed my childhood. It was the corrupt and patronistic behaviour of generations of leaders in Liberia that led to a 14 year civil war and a post-war environment in which corruption has continued to flourish. Growing up, my family struggled to make ends meet during the time of the People’s Redemption Council (or ‘People Repeating Corruption’ as we used to call it). My mother never obtained medicines from the clinic or other services from the government without paying a bribe. I had never known a government that actually put the needs of its citizens ahead of enriching itself in the most outrageous ways. Certain people were favoured over others for everything, from schools for their children to access to business deals. It was this exclusion- and corruption- that led our country into chaos and forced my family to flee to Ghana for over a decade.  Thousands of people were killed, communities were destroyed and trust was buried under violence.

“Corruption is at the very heart of these problems and I am determined to fight it by giving young people the tools and the access to communities that can build integrity and make sure that the future is very different to the past.”

Since the war and my return to Liberia, corruption has not improved. In fact, the situation is more difficult because there is a perception that the country is getting better, while in reality a select few continue to enrich themselves. Recently it came to light that since 2009 only two out of 68 natural resource contracts (worth over $8 billion) signed by the government were awarded in accordance with Liberian law. At the same time, the international community has put over $6 billion into Liberia since 2003 and Liberia is still near the bottom of every social development and corruption indicator that exists. Every day I speak to people who are struggling to stay alive and to create lives for themselves beyond grinding poverty and exclusion. This undermines human dignity and it difficult to be part of it.

This is my country, and my story. And it isn’t good enough. It is not good enough for me; and it is not good enough for my young daughters who continually ask me why the electricity isn’t working or why there are not enough books at school. Corruption is at the very heart of these problems and I am determined to fight it by giving young people the tools and the access to communities that can build integrity and make sure that the future is very different to the past.