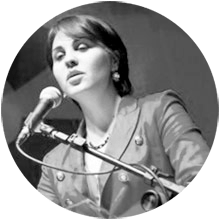 People can see how we have spent the IACC grant with the Open Bank Tool below.

The citizens of Moldova are directly affected by the lack of information on construction business in Chisinau city. The citizens are now taking decisions on purchasing a new flat without being able to verify the basic information on company’s activity and construction project. In this situation, the citizens may become victims of real estate frauds and corruption. In the last four years the Anticorruption Centre of Moldova opened about 50 criminal cases on real estate frauds and corruption cases against construction companies which didn’t finish their construction projects being under contract with more then 300 persons, citizens who invested all their savings in the apartments they never will get.

The project will create and constantly update a special web portal (online platform) which will include:

| the digital map of Chisinau city which will include all new apartment buildings construction projects;

| the visitors’ column – each visitor will be able to submit online their experience, rumours/information on construction company activity.

The proposed project idea is unique in the region and the project team will use in the process of implementation of the project a wide range of tools – the advanced investigative journalism tools, awareness campaigns techniques and Information and Communication Technologies tools, which will ensure the success of the project.

The project team will enter in partnerships with Chisinau Mayor Office, Ministry of Justice and Anticorruption Centre, which will facilitate the process of obtaining the public interests documents.

I am Irina Codrean, a Moldovan award-winning human rights and media activist, with about 10 years of experience in implementation of media, anticorruption and human rights projects. I succeeded to reach important results in promoting transparency and holding the government accountable in Moldova by using in my projects advanced investigative journalism tools, awareness campaigns techniques and Information and Communication Technologies tools.

In 2009 a series of journalistic investigations carried out by me and my team-mates exposed how the former President of Moldova Vladimir Voronin abused his power to enrich himself and his family. The investigations tracked down examples of how Voronin’s family’s wealth had increased after he became president. We managed to get information about how Voronin’s private properties from 1996-2009 grew extensively and how he and his family abused their position to create monopolies for their own businesses. The investigations were published in March 2009 just before the election in Moldova and played a leading role in public protests against the president. The investigations led to the downfall of the President in July 2009.

In April 2010, our team received for this project the Global Shining Light Award 2010 (an international award for the best investigative story in a developing country or a country in transition) at the 6th Global Investigative Journalism Conference in Geneva. The jury accentuated our strong research and also the insistence on holding the government accountable.

Since June 2012 I and a group of human rights and media activists and programmers are actively engaged in promoting transparency and citizen engagement in Moldova through Information and Communication Technologies tools, awareness campaigns and advanced investigative journalism tools. We are in the process of implementation of several projects aiming to promote transparency and accountability of Moldovan state intuitions.