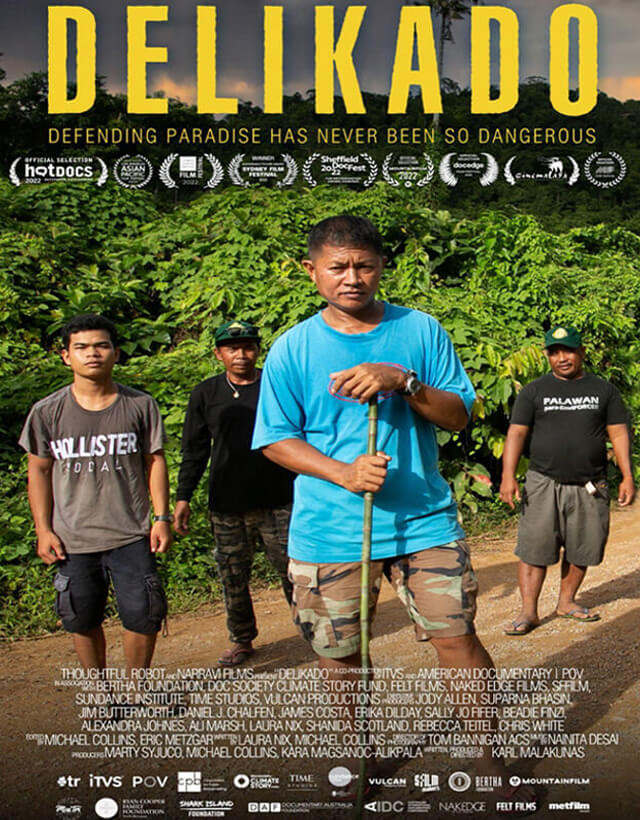 Three environmental crusaders confront corruption, betrayal and murder in their battle to save the island paradise Palawan. As politicians and businessmen are destroying Palawan at an unprecedented rate to extract its forests, minerals and fish, DELIKADO follows Bobby, Tata and Nieves trying to protect the island’s natural resources. Threading through this story of courage and resilience, DELIKADO exposes how Rodrugo Duterte’s “war on drugs’ was used as a tool for politicians to control the levers of economic and political power. It is a timely film emblematic of the struggles globally for land defenders as they are being killed in record numbers.
https://www.delikadofilm.com/
View trailer
Screening and post show Q&A with director Karl Malakunas with Patrick Alley (Global Witness).
This film is not available to view online