Kyrgyzstan: On the Path to Creating a Digital Society 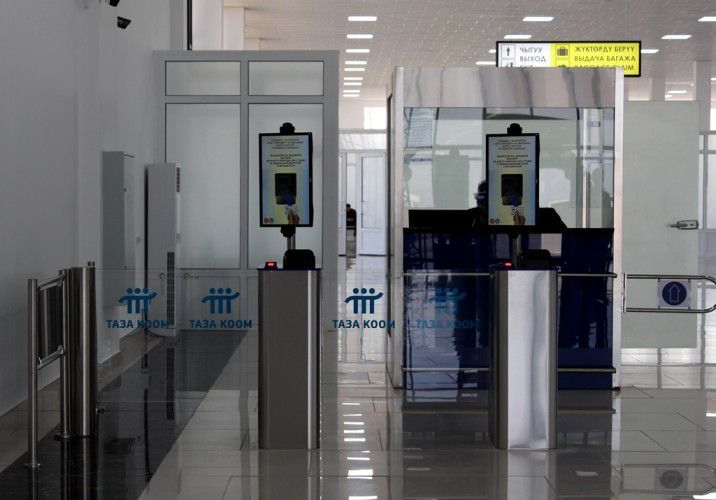 Kyrgyzstan is perhaps the only country in Central Asia where power is changing – its fifth elected president Sooronbay Jeenbekov is already in his second year in power. It is also the only country in the region that devotes a lot of attention to digitisation – convinced that it will prove to be a powerful force in the fight against corruption. However, there are questions about whether technology can overcome the human factor and whether the new government has the capacity and will to create a sustainable digital society.

“The digitisation of society is a requirement of today. This will open up new opportunities for our citizens. The human factor in the provision of public services will be excluded, which will contribute to the eradication of corrupt elements,” stressed President Jeenbekov in January this year. This particular position shows the importance of implementing digital elements into state functioning. For the sake of fairness, it should be noted that he is not the first initiator of this kind of programme.

The very first perspectives of digitisation appeared back in 2013 with the establishment of the Council on Information and Communication Technologies under the Government of Kyrgyzstan. The council was empowered to develop constructive and effective strategies of technological implementation, particularly concerning the introduction of e-government in the country. In addition, in November 2014, Kyrgyz officials approved the introduction of electronic governance between 25 state agencies to allow paperless data exchange. It was supposed to vastly increase the use of Information and Communication Technologies (ICT) within the executive branch, and improve transparency in the inter-structural movement of information and other services. The ultimate goal was to fight and eradicate corruption.

That same year, the Russian government allocated $200 million (€175 million) in grants as part of joining the Eurasian Economic Union (EEU). Of that, more than $16 million (€14 million) was allocated to the construction of electronic interaction systems of state bodies in the country. According to former Deputy Minister of Transport and Communications, Ernis Mamyrkanov, the implementation of an e-government system is the duty of every state joining the union. Therefore, state authorities used the already ongoing process of digitisation as its own initiative.

During the open discussions on the value of open data for the Kyrgyz Republic, organised by United Nations Development Programme (UNDP) office in Bishkek and World Bank branch in November 2014, civil society organisations and members of the business community presented significant arguments to support the need for open data, and identified existing problems in searching and accessing information owned by government agencies. “Unfortunately, the government often closes or significantly complicates the process of accessing basic information for the civil society organisations and business companies. Disclosing data on trade, exports and imports, a general layout of cities, and the situation in the rural areas of the country will allow us, private companies and non-governmental organisations to substantially decrease time expenditures and financial expenses”, said representatives of the business community.

Another system designed for the same aim is “Tunduk” – an analogue of Estonian X-road. According to current Prime Minister Mukhammedkalyi Abylgaziev, this system (which is part of broader ICT project), is supposed to save the state as much as $300 million (€263 million) annually. It is believed that the system has been operational since 2016 and connects all 25 ministries and state agencies, but it was only legally enforced in 2018.

Initiating a Revolutionary Cure Against Corruption

Between 2016 and 2017, the Kyrgyz government initiated a “new” ICT project called “Taza Koom.” It incorporated all previous technological projects and was designed to be the revolutionary cure against corruption. However, after the repeated failure of the parliamentary coalition, and with the consequent change of the government in 2018, the prospects of an “ingenious cure” has gone in vain.

In December last year, during a Security Council meeting, President Sooronbay Jeenbekov said that over the past seven years $50 million (nearly €44 million) has been spent on the digitisation of state bodies, but this did not yield the expected results. He believes the lack of motivation of state structures to switch to the digital work format and open their data for citizens and businesses is to blame. Consequently, “Taza Koom” was abolished and all ICT projects were incorporated into “Digital Kyrgyzstan,” another title for the same strategic programme for transformation.

Globally, e-governance seems to have had a positive impact on reducing corruption. Numerous studies show that the digitisation of governments corresponds to decreases in corruption. As an example, Estonia scored 71 points out of 100 on Transparency International’s 2017 Corruption Perceptions Index, whereas in 2003 they scored 55. The latest 2018 Corruption Perceptions Index shows an even higher score of 73. Their internationally recognised success in implementing e-governance helped make the paramount shift possible. Stories like this generate high expectations and belief in ICT, but how the particular method will be incorporated in Kyrgyzstan, who scored a low 29 for the past two years on the same index, is still unclear.

Looking back to late 2017, Kyrgyzstan was the first among Central Asian states to join the Open Government Partnership (OGP), an initiative launched within the United Nations General Assembly (UNGA) meeting in September 2011 to make governments more open and accountable to citizens.

“This is an important step forward for the Kyrgyz Republic, as it strengthens democratic processes through openness and transparency and builds citizen trust in government. We look forward to supporting them in their co-creation process and bringing open government to a new corner of the world,” said OGP CEO Sanjay Pradhan at the time.

However, Kyrgyzstan is still ranked as a country “developing an action plan” on the OGP database. It means that in more than a year, the government was not able to provide a reasonable plan of action within the initiative.

The government’s inclination to build a digital society has been welcomed by the international arena as one of the effective methods of governance in general, but the larger question regarding the implementation remains, particularly from those tasked with leading the process.

In December last year, Kubatbek Boronov, the country’s First Deputy Prime Minister, was appointed as the chief executive of “Digital Kyrgyzstan”. He previously held the position of Minister of Emergency Situations, and prior to that, he fulfilled various other roles within the ministry, though none of them related to technology or open data.

In an interview with a local radio station, Boronov found himself in an awkward situation when a listener asked, “What is cache in Android?” Boronov was stumped, then responded: “Android is a special programme used in digitalisation and technology. What is a cache? As we understand, a cache is …” Silence ensued until his colleague Dastan Dogoev, an advisor to the president on technological issues, interrupted the conversation and changed the topic.

Dogoev built his career in IT management and supervised the biometric data implementation in 2015. He is now the second person in charge of digitisation in the country and, unlike Boronov, has wide experience dealing with technologies and data. He believes that the process of digitisation will likely require more time than expected: “The analysis shows that 60 per cent of the population is not ready for digital transformation. To fix this, we propose developing a minimum set of skills. We plan to train 1 million people, including 5 thousand employees. Regardless of the location, everyone should be able to receive public services,” Dogoev said.

“Tunduk” is said to be the cornerstone of eradication of corruption within the state bodies. The programme was modelled on the Estonian experience, namely “X-Road”, which dramatically changed the foundational principles of state-society interactions in that country. As their project manager, Marie Pedak, notes, before installing and transferring the X-Road solution, they conducted training courses for IT administrators, e-service developers and government officials from Kyrgyzstan. “It is planned that 260 specialists from Kyrgyzstan will participate in the e-government training programme at a dedicated academy. As a result, local departments will gain enough knowledge about the organisation of e-governance, and [acquire] skills for the further development of the “X-Road” and related e-services,” said Marie Pedak.

Overall, the eternal fight of corruption in Kyrgyzstan has attracted funding in the form of grants and special assistance. Some of the money was used to implement the appropriate legislature, along with building data centres and online platforms for several state agencies.

Although belatedly, the country introduced biometric data for the electoral system almost four years ago, and it is still unknown how long the full implementation of biometrics in the country will last, although authorities promised to issue biometric passports in 2018. Failing to meet deadlines is a usual occurrence in a country where a high level of corruption exists. It’s unclear whether this ambitious project will take off, and if so when it will be completed.

In Ghana, Technology Partners with Citizens and Media to Fight Corruption