More needs to be done across the globe to fight the scourge of corruption. This was the message reiterated during the opening ceremony of the 18th International Anti-Corruption Conference (IACC) in Copenhagen, Denmark. Speakers also highlighted the urgent need to move from promises to action in the fight against corruption. 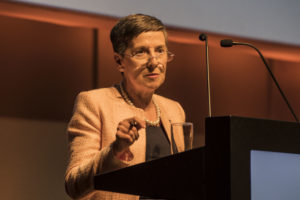 At the same time, Delia Ferreira Rubio, chair of Transparency International, called upon governments and others trying to stop corruption to translate deliberations and decisions into action. “We are fed up with promises. We need action now!” said Rubio.

The three-day conference brings together over 1,500 participants, among them heads of government, ministries, civil society and the private sector in a bid to advance the anti-corruption agenda. 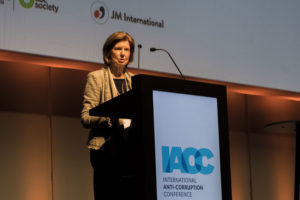 Huguette Labelle, chair of the council of the 18 IACC

Huguette Labelle, chair of the council of the 18th IACC, also made a point of acknowledging the work of journalists in the fight against corruption. She led participants in observing a minute of silence for journalists who have lost their lives while fighting corruption in their respective countries. 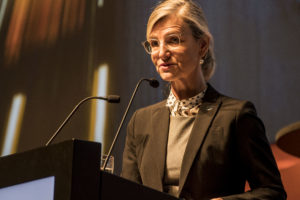 “The reality of corruption is dark and gloomy and that is why we need to bring it into light,” said Ulla Tørnæs, Denmark’s minister for development cooperation. Speaking at the opening plenary session, Tørnæs noted that women, children and youth are the most affected by corruption. She emphasised the need for lasting global solutions given that corruption transcends borders. 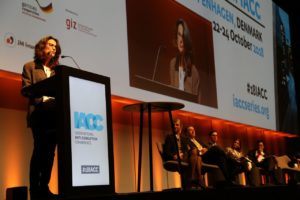 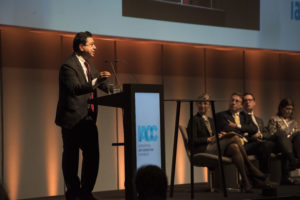